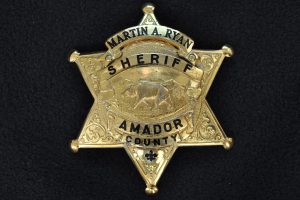 Sonora, CA — A former Department of Homeland Security official and self-described whistleblower was found dead in his car in Amador County of a gunshot wound, but detectives are not calling it a suicide.

On Friday, Philip Haney, 66, was found dead with a single gunshot wound to his head in a park and ride lot along Highway 16 near the Highway 124 turnoff to Ione, which is just three miles from his residence in Plymouth. An initial release by Amador County Sheriff’s officials reported it was “self-inflicted.”

Investigators on Monday released this statement, “Unfortunately, there was misinformation immediately being put out that we have determined Mr. Haney’s death to be a suicide. This is not the case. We are currently in the beginning phase of our investigation and any final determination as to the cause and manner of Mr. Haney’s death would be extremely premature and inappropriate. No determination will be made until all evidence is examined and analyzed.”

Found at the scene were a gun, a vehicle, documents, phone records, and a laptop. Haney’s lived in an RV park his trailer has also been seized, according to Sheriff’s officials who relay that they have also requested help from the FBI to process those items. Additionally, nearby residents were also questioned, and detectives are checking to see if there is any possible surveillance video from that day.

Haney, a DHS officer for 15 years, in 2016 published a book titled “See Something, Say Nothing: A Homeland Security Officer Exposes the Government’s Submission to Jihad.” It alleged inaction against terrorism by President Barack Obama’s administration.