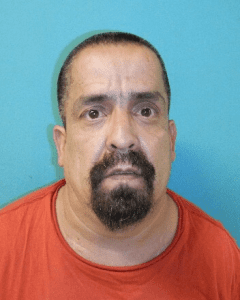 Sonora, CA – Early morning trespassers in a vehicle with a flashlight turned out to be up to no good.

According to Tuolumne County Sheriff’s spokesperson Deputy Nicco Sandelin, dispatch received a call in the 5 a.m. hour Tuesday from a Big Hill Road area property owner, who reported encountering a female in the driveway who had been peering around the property with a flashlight.

When queried, she alleged to the resident that she needed directions, and he saw a vehicle with three males inside in the drive with a good deal of mail heaped up on the back of the trunk. The resident was able to get a good look at the vehicle and grab some mail from it before it briefly took off, leaving the female behind, although the men returned and called for her to get in.

Sandelin shares, “[The vehicle] had been driving on a flat….and was later found on a nearby street with the doors open, and deputies found drugs [34 grams of methamphetamine] and other items associated with drug sales…and other mail was found in the vehicle that was also determined to be stolen.”

He adds, “Deputies found two of the four subjects hiding down an embankment.” Arrested on the scene were 43-year-old Jose Lopez and 50-year-old Bobby Moss, both of Modesto. They were booked into Tuolumne County Jail on charges of receiving stolen property, conspiracy to commit a crime, and possession of drug paraphernalia. Both received $10,000 bonds.

Deputies Track Down Other Two Suspects

A further search of the area turned up 38-year-old Gina Chiodo of Modesto, who was found hiding under an abandoned house. She was cited and released on charges of conspiracy to commit a crime and for possession of stolen property.

Some hours later that morning, another Big Hill resident reported encountering a man who looked like he had been running and said he wanted a ride into Jamestown.

Shortly afterward, deputies made contact with 46-year-old Ruben DeLeon, also of Modesto, determining they had caught up with the missing fourth suspect after they were able to connect him with the vehicle. He was booked on a $40,000 bail for transporting and sales of a controlled substance, receiving stolen property and for having drug paraphernalia.

“I don’t know what their reason for being in Tc was…if their sole purpose was to be here for the commission or if they had come up for other reasons and decided that while up here to proceed with committing some kind of crime.”

It appeared to the deputies that they had been in the area for the purposes of stealing mail or other items and that was why they were in the Big Hill area at the time. We don’t find it to be targeted more often than other parts of the county. Mail theft seems a reoccurring issue as of recently that we have been working diligently to stop.”