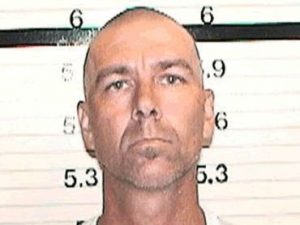 A paroled killer, with connections to Calaveras County, reportedly committed suicide in his Lassen County trailer this week.

Loren Herzog was released from prison in 2010 after being sentenced in 1998 related to the killing of a Clements woman. He received a light sentence at the time because he provided details to authorities about co-conspirator Wesley Shermantine.

The Associated Press reports that investigators were beginning to renew discussions about searching for numerous missing bodies that some believe the pair had a hand in killing decades ago. The two were nicknamed by media as the “Speed Freak Killers” for their alleged killing spree throughout the San Joaquin Valley.

One of victims was from the Mother Lode, Chevelle “Chevy” Wheeler, who was killed in 1985 in Calaveras County. Television star and Bounty hunter Leonard Padilla of Sacramento says he agreed to pay Shermantine, who is still in State Prison, to disclose the bodies’ locations. Padilla says he then called Herzog on Monday to warn him to get a lawyer. Authorities found Herzog dead inside his trailer hours later. The mobile home is located on the grounds of the High Desert State Prison in Susanville.