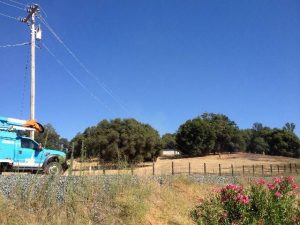 San Francisco, CA — A judge overseeing PG&E’s criminal probation has released a report indicating what he believes is the root cause of multiple wildfires over the past couple of years.

US District Judge William Alsup released tentative findings, reading, “The single most recurring cause of the large 2017 and 2018 wildfires attributable to PG&E’s equipment has been the susceptibility of PG&E’s distribution lines to trees or limbs falling onto them during high wind events.”

He goes on to further elaborate, “The power conductors are almost always uninsulated. When the conductors are pushed together by falling trees or limbs, electrical sparks drop into the vegetation below.”

He adds that rural areas are often most susceptible because they are in more isolated areas surrounded by grass and trees.

The Judge has ordered PG&E to heavily inspect the equipment, and initiate a major tree pruning program, ahead of the upcoming fire season. PG&E has also been considering doing more wide-scale planned outages during periods of high winds.