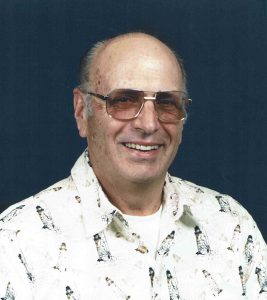 Sonora, CA — Bob Pedro, a longtime youth coach, member of the local Softball Hall of Fame, and a leader who helped start the tradition as a Cubmaster of placing American Flags on Washington Street, has passed away.

Pedro, a lifetime Tuolumne County resident, is a descendent of miners that arrived during the gold rush, and he is also the father of Tuolumne County’s Administrator, Craig Pedro. A celebration of life will be held this coming Saturday, February 24, at 1:30pm at the Sierra Bible Church.

You can read Mr. Pedro’s entire obituary below:

His grandfather, Peter Francis Rocco, was born in California and came to Tuolumne County with his parents Victorio and Maria Rocca, natives of Italy. His grandmother, Marguerita Lorraine Pedro, was born in Jamestown. The Pedro’s, emigrants from Portugal, first settled in the Brown’s Flat area of Sonora circa 1850 where they mined gold.

Mr. Pedro’s father, William Gene Rocco, was mainly raised by his great uncles, the Pedro’s, and was later adopted by one of his uncles and took on the Pedro name. William (Bill) Rocco Pedro worked for PG&E for 43 years and was the last of the Pedro’s to actively work the family’s mines. He was remembered by many as a World Champion Double-Jack Driller along with his partner Clarence Dondero of Yankee Hill. Pedro and Dondero won the World Championship in Virginia City in the early 1940s and were never beaten over their 20 years as partners. Mr. Pedro’s mother, Lois Alleen Catobus, was a colorful individual in her own right. She was an avid outdoorsman who was recognized twice in Field & Stream Magazine, once for deer hunting and again for her hand-tied fishing flies, led a local dance band, played violin in several orchestras, served as Deputy Sheriff in Lake County and was known locally for her amazing gardens.

Bob Pedro was born on July 6, 1934 and attended both Columbia and Sonora Elementary Schools. He attended Sonora High School where he was known as a standout field goal kicker and was a member of a Boy’s Octet that sang at the dedication of Dunlavy Field. He served in the United States Army during the Korean War. After serving in the Army, Mr. Pedro returned to Sonora where he worked in several local service stations and post office before being hired by Safeway. He worked for Safeway for 33 years, retiring as Produce Manager. Outside of work, Mr. Pedro was very active in the community. He was a long-time Cubmaster for Sonora Pack 64. One of his most proud accomplishments as Cubmaster was to help start what is now a local tradition of placing American Flags along Washington Street in Sonora. He was also a long-time Pee-Wee League and Little League baseball coach. Mr. Pedro loved to play and coach in local men’s fastpitch softball leagues. He is a member of the local Softball Hall of Fame, recognized for both his pitching and coaching for over 50 years. Mr. Pedro also enjoyed playing horseshoes as part of the Tuolumne County Horseshoe Club and singing with various vocal groups. He led worship for the Jamestown Methodist Church for over 20 years and as a member of the church’s board, helped preserve and rehabilitate the historic church building.

Mr. Pedro is survived by his wife, Louise Jean Pedro, and children through his first wife Lonnie Pedro: Mike Pedro; Chris Pedro; Craig Pedro; Michelle Pedro; Lisa Anderson and Mara Courtroul. He has numerous step-children, grandchildren and great-grandchildren between his two marriages. He was greatly loved by all his family. He is preceded in death by his parents, brother William Lawrence Pedro and step-brother George Hesse.

A Celebration of Life Service for Mr. Pedro will be held on Saturday, February 24 at 1:30 p.m. at Sierra Bible Church.