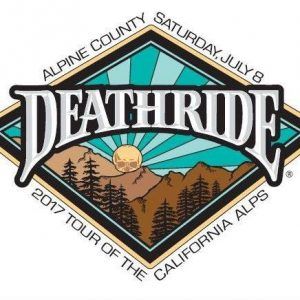 Sonora, CA – After re-opening just this past weekend for the first time after the Mother Lode’s record-breaking winter season of wicked weather the Highway 4 Ebbetts Pass gates will again swing shut on Saturday.

The closure is in support of the annual Death Ride Tour of the California Alps. According to Caltrans officials, the event will impact three major highways, including Highway 4 between Hermit Valley and Highway 89 – an area more commonly referred to as Ebbetts Pass. This pass will close Saturday morning at 5 a.m. and remain so until 3 p.m. in order to allow the thousands of bike riding participants through the area.

“The event will impact State Highways 4, 88 and 89,” Caltrans spokesperson Rick Estrada warns, so plan alternate routes while it is going on. While locals have their own workarounds, Estrada suggests that Mother Lode travelers do a little advance planning by checking out potential byways on regional maps that might allow the opportunity to view some new scenery.

Too, in places where you find that your route and the Death Ride overlaps he says, “Keep an eye out for those bikers and when they are in front of you, hopefully when there is a break in the road they will scoot over and you can slide by. The road is out there for all of us and it works best when we all cooperate with each other.”

One of the premier cycling events in the western US, the Death Ride, a huge regional tourism booster, provides participants with 129 miles and 15,000-plus feet of what organizers describe as “lung busting climbing” with options of riding all of the course’s passes, of which the 8,730-foot Ebbetts Pass is the highest. The tour occurs each year under a special use permit on the Eldorado, Humboldt-Toiyabe and Stanislaus national forests.

Not part of the Death Ride tour, the Highway 108 Sonora Pass and Highway 120 Tioga Pass remain open to travelers with no issues currently being reported.