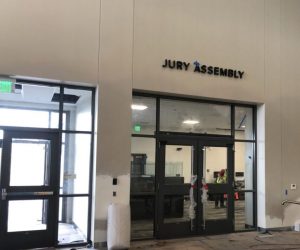 Officials have been moving items over recent days from the two locations in downtown Sonora. Both of those sites are now permanently closed. The new courthouse is at 12855 Justice Center Drive. The move is anticipated to complete this morning and the building is scheduled to open to the public at 1pm. The clerk counters will accept filings today between 1-3pm. The court will return to normal clerk counter hours of 8am-3pm on Tuesday.

The $70-million project was funded by state dollars. It includes five courtrooms with state-of-the-art technology.