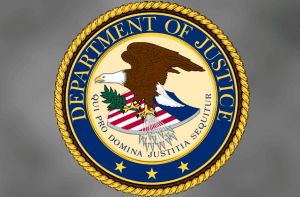 Sonora, CA  — A Mexican National convicted of operating an illegal marijuana grow in the Stanislaus National Forest will spend the next four and a half years in prison.

37-year-old Eleno Fernandez-Garcia of Michoacán, Mexico, was also ordered to pay $45,688 in restitution to the U.S. Forest Service for the environmental damage that the toxic chemicals and cultivation operation had on public land, according to Acting U.S. Attorney Phillip A. Talbert.

In May Fernandez-Garcia pled guilty to conspiring to manufacture, distribute, and possess with intent to distribute marijuana on the Stanislaus National Forest. The cultivation operation contained 9,654 marijuana plants and was located in the Basin Creek drainage in the forest in Tuolumne County. As reported here, Fernandez was found at the grow site holding pruning shears and was covered with marijuana debris. Three other individuals fled from the area.

Talbert detailed the significant damage to the environment including grazing cows, wildlife, endangered fish, and frogs. Additionally, investigative agents found the pesticide Weevelcide, a lethal restricted-use chemical; two types of rodenticides; 837 pounds of soluble fertilizer; 45.65 gallons of liquid fertilizer; and a dead raccoon. Also, besides chemicals and fertilizer, there was over 2,000 pounds of trash and irrigation tubing. Talbert also noted that nearly all of the native vegetation was cut down to make room for the marijuana plants, which were close to recreational activities, and Sugar Pine Springs, a natural spring used by two companies for bottled water.