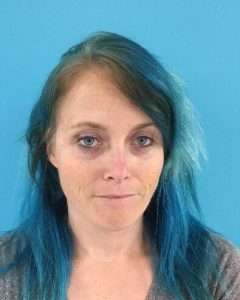 An alarm on the donation box door signaled to Tuolumne County Sheriff’s dispatch that someone was attempting to break into the container at the facility located on Striker Court in Sonora. When deputies arrived on the scene, they found 37-year-old Michael Douglass of Jamestown and 32-year-old Lauren Russell of Coulterville in the parking lot. The pair had several piles of miscellaneous clothing and other items around them. The two claimed they were actually there donating some unwanted clothing, according to sheriff’s officials.