A Home, A Woman, A Baseball Bat And Vandalism Arrest 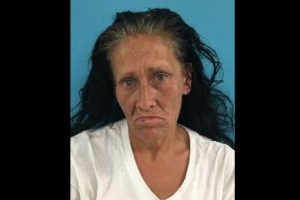 Twain Harte, CA – Following a trail of broken glass and mangled solar lights led deputies to a woman armed with the bat at a home in Twain Harte.

Tuolumne Sheriff’s Deputies were called to a property on Woodwardia Road near Lilac Lane early Tuesday morning for reports of an unknown lady yelling and smashing things with a baseball bat outside of a home. The woman, 50-year-old Theresa Carrillo, of Anaheim, was found surrounded by various broken items on the driveway and in the yard.

When deputies confronted Carrillo, she refused to give her name. Sheriff’s officials say she also pulled away from deputies when they tried to handcuff her, but then gave up and allowed them to take her into custody.

The homeowner was contacted and relayed that he did not know Carrillo. He was able to identify several damaged or destroyed items including a metal security door, solar lights, and a security camera, with an estimated cost of over $1,000.00, according to sheriff’s officials.

Carrillo was arrested for felony vandalism and resisting arrest on a $15,000 bail.