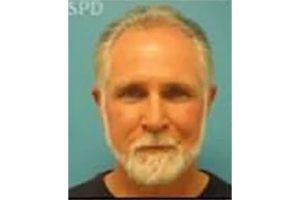 Sonora, CA – A warrant has been issued for a Sonora man charged with 21 felony counts after allegedly stealing roughly $30,000 from his disabled military veteran uncle.

On Friday, 54-year-old Allan Thomas Rockwell failed to show up for his arraignment in Tuolumne County Superior Court, forcing a judge to issue an arrest warrant. Rockwell is charged with 21 felonies, 12 for financial theft from an elder, and 9 for identity theft.

Much of the money allegedly taken went to the non-profit “Pilots of Wishes” veteran’s charity, according to Tuolumne County Acting District Attorney Eric Hovatter, who did not have any other information on the charity or whether it was legit but says an investigation is underway. “We’re still looking at what this charity is and what it does. I believe it is either his charity or he has some position of responsibility high up.” Clarke Broadcasting found that the charity does have a tax-exempt EIN (Employer Identification Number) number registered with the contact listed as T. Rockwell.

Rockwell is also the former owner of the Oildale honky-tonk Trout’s Nightclub in the Bakersfield area that closed in 2018. It is during that year that Rockwell’s 68-year-old uncle gave him power of attorney to handle his finances after he had been hospitalized, detailed D.A. Hovatter.

“When released from the hospital in early 2019, the uncle moved in with Rockwell with the agreement that Rockwell would get a monthly stipend for medical care and supplies,” according to Hovatter.

The D.A. recounted that in April of last year, the uncle became suspicious when Rockwell would not provide any bank records, which the uncle later obtained and found his account had been depleted of tens of thousands of dollars.

An investigation into the alleged theft began after the uncle file a report with the county’s Adult Protective Services department. It found checks ranging from $1,200 to $5,000 dollars had been made out to the veteran’s charity, which the uncle denied he authorized and Hovatter quoted him as saying, “Someone forged my signature.”

Rockwell was arrested on Jan. 19th and released on bail. The D.A. says he could face up to 16 years in jail if convicted of all counts.

During Friday’s arraignment, Rockwell did place a call to the court claiming he was in quarantine. In response, the judge imposed a new bail of $40,000.

Ironically, Hovatter, believes the coronavirus pandemic is creating a rise in elder abuse cases in the county, due to many elders needing family or outside care. When asked for a percentage, he stated, “I don’t have that number. I am just going by every case that comes in the door that’s elder abuse comes to me, but I’m noticing an uptick and I really can’t describe it any more than that.”