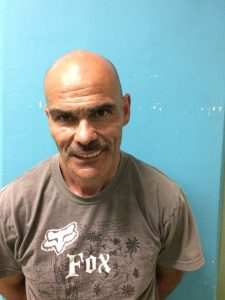 Sonora, CA – An alleged thief was shocked to see CHP officers pull up to his rural Phoenix Lake-Cedar Ridge home looking for stolen loot, according to spokesperson Steve Machado.

Machado did not have details on those items. The property owner 53-year-old Benjamin Tarango was taken into custody without incident for multiple felony theft charges and placed on a $10,000 bail.

Of note, Tarango was arrested over two years ago for stalking a woman in the Columbia area after Tuolumne County Sheriff’s Deputies were responded to a report of an attempted breaking at a home on Bullpine Lane, as reported here.