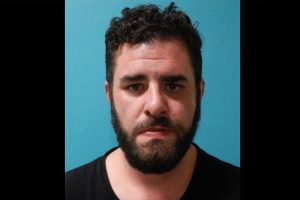 Columbia, CA – Investigators have disclosed the name of the man in a SWAT team arrest two weeks ago that involved two children and forced the evacuation of a Columbia apartment complex.

As earlier reported here, just after 6 a.m. on Saturday, Dec. 19th the sheriff’s SWAT surrounded the Wood Creek Flats apartment complex located at 12065 Columbia College Drive, which leads into Columbia College after a man holed himself up in his unit.  Sandelin recounts that dispatch received a call from a concerned citizen stating they heard their neighbors arguing and a female yelling for help.  Deputies arrived and attempted to contact the man for several minutes with no response.  Sandelin details, “Due to the highs risks involved with domestic violence, SWAT and Crisis Negotiations Team (CNT) responded.  As announcements were given, a female exited the residence, and shortly after the male subject White III exited.”

The woman had minor injuries to her face. Once inside the apartment, deputies found two small children who were not injured. White was arrested for felony willful cruelty to a child for possible injury, misdemeanor domestic violence, and misdemeanor revisiting, obstructing, and delaying a peace officer. His bail was set at $25,000.