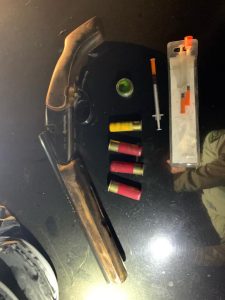 Sonora, CA — A man was pulled over on Highway 108 in Sonora after a sheriff’s deputy noticed several equipment violations on his vehicle.

He was booked into Tuolumne County Jail early Sunday morning.