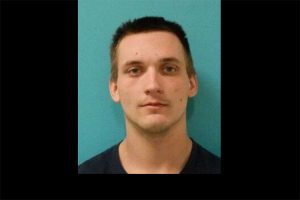 Sonora, CA — The third time was not a charm for a Jamestown man recently arrested for allegedly forging checks.

For two days in a row, 22-year-old Christopher Miller had cashed checks at the Money Mart located in the Junction Shopping Center on Mono Way in Sonora. On the third day, an employee became suspicious and called the person on the check. They advised the checks were fraudulent.

Not only did Tuolumne County Sheriff’s Deputies respond to the scene, but so did the check owner. He identified the checks were his and that he did not write them to Miller. It is unclear how Miller got the checks or his relation to the victim.