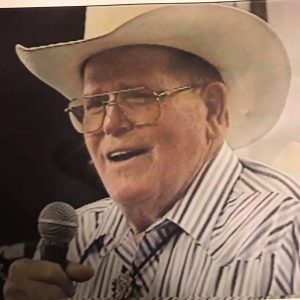 After the war, he worked on a dairy farm in Anderson, where he met and married Wanita Marie Walker on April 30, 1950. Two daughters, Sherry and Sheela, were born there. The family lived in San Jose from 1961-62, where Toby co-owned a television repair service. Moving back to Anderson in 1962, Toby worked for Safeway grocery store. In 1963, Toby transferred with Safeway to Sonora. Other jobs there included construction worker, glove salesman, and security guard. One of Toby’s passions was music, and he formed a band “Toby Adams and the Westerners.” On weekends, he would play at the Columbia House and for the Moose Lodge. His marriage to Wanita ended in 1980.

In 1982, he married Evelyn Lavern King. In 1996 they moved to Prescott Valley, Arizona. Always involved in music, in 2014 he was inducted into the Greater Arizona Country Music Association Hall of Fame. In failing health, in 2009 he moved to Los Osos, where he lived with his daughter Sheela until his death.

He was preceded in death by his father and mother; both wives; two brothers, Wesley Whitworth and Tom Adams; seven sisters, Della Adams, Dorothy Morger, Wilmas and Wanda Adams, Delores Adams, Patsy Adams and Janice Matthews. Toby’s ashes, and his wife Lavern’s ashes will be interred with his sister Janice in Dewey, Arizona.