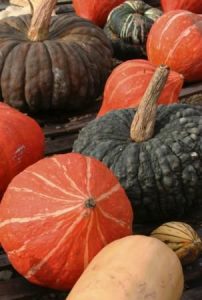 Next week’s Halloween night, under a waxing crescent moon, is when, according to legend, the veil between the living and the dead is at its thinnest, and ghouls, goblins, witches and ghosts are on the prowl. In western tradition, the “witching hour” is between 3 and 4 am. This is when the evil demons of the night are at their most powerful. One of the most infamous of these evil spirits is the witch.

The witch, as portrayed in lore and in literature, has been maligned by superstition and by writers – the most famous, of course, is Shakespeare. In “Macbeth,” Shakespeare’s witches (he calls them the weird sisters) make a potion for their evil deeds:

Fillet of a fenny snake,
In the cauldron boil and bake;
Eye of newt and toe of frog,
Wool of bat and tongue of dog,
Adder’s fork and blind-worm’s sting,
Lizard’s leg and owlet’s wing,
For a charm of powerful trouble,
Like a hell-broth boil and bubble.

They go on to add all sorts of ghastly ingredients, including, “root of hemlock, digg’d i’ the dark,” and “Gall of goat, and slips of yew silver’d in the moon’s eclipse.” Shakespeare’s witches have beards and cackle, and pretty much resemble what has come down to us as the quintessential Halloween witch.

Women in medieval times who were herbalists and healers, often were thought to be witches and up to no good. Their knowledge of chemistry and botany was threatening to the superstitious populace of the 12th and 13th centuries. They used herbs and roots of various European plants to concoct potions for healing. This seemed magical and people – led by the church – soon distrusted the women and assumed they were getting their knowledge from the devil.

Some of the herbs they used for healing are still used today: chamomile flowers (used to calm and as a sedative); echinacea leaf, stalk and root (used to treat colds, flu and infections); feverfew leaf (used to treat fevers and prevent migraines); ginger root (eases nausea); gingko leaf (used to treat asthma, bronchitis, fatigue and tinnitus), and many other plants were used.

The idea of witches being able to fly came from the use of hallucinogenic herbs that made them feel as if they were airborne. Some of these women believed they traveled out of their bodies and into the countryside to battle with malevolent witches who threatened local crops.

The Inquisition burned women at the stake throughout Europe from the 11th through the 19th centuries. Most of these women were single and owned property. They were burned and their property confiscated.

In Salem, Massachusetts, there were 15 women and 4 men hanged for being witches. There was mass hysteria by the Puritans of the New England colonies in 1692, after a group of girls claimed to be possessed by the devil and accused several local women of witchcraft.

Meredith Worthen, in her article, “Remembering the Victims of the Salem Witch Executions,” said, “On the 325th anniversary of the first mass execution, the city of Salem dedicated Proctor’s Ledge as a memorial to the victims who were hanged there. Although many initially believed that Gallows Hill was the site of the executions, recent evidence from The Gallows Hill Project pinpointed Proctor’s Ledge as the exact site of the infamous Salem witch hangings.” Governor Jane Swift of Massachusetts signed a bill in 2001 exonerating five of the witches hanged in 1692.

On Halloween, though, it is fun to take the old stereotype of a witch as an idea for a costume. But it is also important to remember the history and hysteria associated with the accusation of “witch.” Happy Halloween.

UCCE Master Gardeners of Tuolumne and Calaveras Counties can answer home gardening questions. Call 209-533-5912 or to fill out our easy-to-use problem questionnaire here. Check out our website here, You can also find us on Facebook.