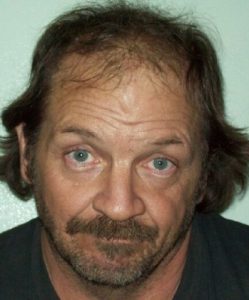 Jamestown, CA — A Stockton man was pulled over on Chicken Ranch Road in Jamestown this morning and became uncooperative with a Tuolumne County Sheriff’s Deputy.

46-year-old Rodger Robbins was pulled over for not having a license plate. The Sheriff’s Office reports that Robbins told the deputy he has a restraining order against the Sheriff’s Office, which isn’t possible, and that he was going to sue for false arrest. Several field sobriety tests were issued, and Robbins was found to be under the influence of a controlled substance.

A passenger in his vehicle, 53-year-old Brenda Robbins of Stockton was also arrested because she exhibited signs of being under the influence of a controlled substance. She was found to be in possession of a meth pipe, marijuana and un-prescribed medication.