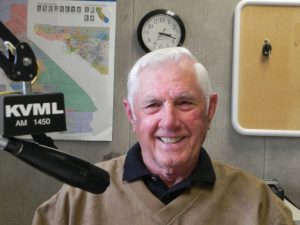 Davenport will be on hand for game one, and Cepeda will meet with fans during game two. Both were originally planning to be at the casino during game one, but Cepeda was asked to be a part of the opening ceremonies at ATT Park.

Davenport says “The Giants have done a great job this year and I don’t think anybody expected them to be where they are today, expect maybe the players on the ballclub.”

Davenport played for the Giants from 1958-70 and managed the club in 1985. He praises General Manager Brian Sabean for putting together the frontline pitching staff of Tim Lincecum, Matt Cain, Jonathan Sanchez and Madison Bumgarner.

In a phone interview, Cepeda said he isn’t surprised that the Giants have created a buzz across Northern California with their recent success.

“Everyone loves a winner,” says Cepeda. “We are winning and for that reason you have everyone behind you.”

Davenport and Cepeda both feel that skipper Bruce Bochy is the top candidate for the MLB “Manager of the Year Award.”

“He’s done incredible because he doesn’t have a superstar,” says Cepeda. “He put that team together, and everybody on the team contributes, every single day.”

Davenport adds, “Bochy gets the most out of his players, and he gets along with his players. I got to believe that everyone associated with the Giants certainly feels like he has done a great job.”

Sonora Author Gary Hall is a friend of Cepeda and Davenport and will be on hand at the casino signing copies of his book “Baseball Legends and Legacies” on both nights. The book features stories and insights from legends of the game. The event at Black Oak Casino runs from 5-7:30pm on Wednesday and Thursday on the family floor. The event is free and open to the public.