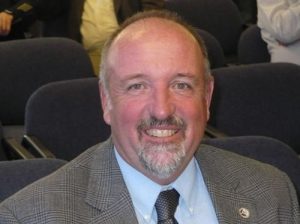 Rei’s position was expected to be eliminated in September when the Community Development Department and Public Works Department are placed under a single department head.

“Mr. Rei informed me last week that he felt it was in the best interest of both himself, and the county, to go ahead and step down sooner rather than later,” said CAO Craig Pedro at today’s Board of Supervisors meeting. “Friday was Mr. Rei’s last day.”

Pedro added that he thanked Rei on behalf of the county for his years of service.

Community Development Director Bev Shane has stepped in as Interim Public Works Director. Next month the county plans to take formal action in placing both departments under one head. The County has previously indicated that Shane will lead the newly formed agency.