Is Glyphosate a Carcinogen? Does Bacon Cause Cancer? 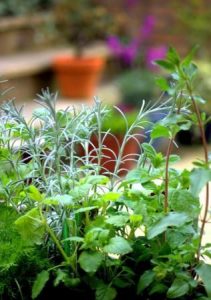 What is glyphosate? Glyphosate is the active ingredient in herbicides such as Roundup® as well as many other herbicides marketed under a variety of trade names. Glyphosate has been available since 1974 and is widely used by farmers, ranchers, landscapers, wildland managers, and home gardeners in California and around the world.

Unless you have been in complete isolation the last few years, you have probably heard a lot in the news about this herbicide. In 2015, the International Agency for Research on Cancer (IARC) made a determination that glyphosate…the active ingredient in Roundup® and other similar herbicide products…”is probably a human carcinogen”. IARC placed the herbicide in its 2A…probable human carcinogen…group along with other compounds such as grapefruit juice, apples, UV light, red meat, some occupations including hair dressers and those jobs that include working a night shift. IARC’s determination of listing glyphosate as a probable carcinogen was based on “limited evidence of carcinogenicity in humans and sufficient evidence of carcinogenicity in experimental animals”.

What about Bacon? Around the same time, IARC classified bacon and other processed meats as category 1, “carcinogenic to humans”. Does this mean we should all stop eating hot dogs, salami and bacon? Perhaps, if this is all you ate. But when consumed in moderation, your exposure is low, conversely your risk is low.

In response to the IARC decision on glyphosate, California Environmental Protection Agency’s Office of Environmental Health Hazard Assessment (OEHHA) published a notice announcing its intent to list the herbicide as a carcinogen under the Safe Drinking Water and Toxic Enforcement Act of 1986 (Prop 65). Reaction to the IARC determination and the Prop 65 listing was significant. People on both sides of the fence…pesticide advocates and pesticide opponents…were asking the question, Should we stop using glyphosate?

IARC’s determination of “limited evidence” of human carcinogenicity was based on information provided by epidemiological studies. These studies used questionnaires given to farmers and their families in North America and Europe to look for a link between chemical exposure and cancer. Epidemiological studies can reveal if there’s a positive association…or correlation… between exposure to the agent and cancer, but they can’t be used to determine the cause of the cancers. They also can’t completely rule out other explanations such as chance or bias. Additionally, these studies have limitations such as the accuracy of self-reported information and the effect that exposure to other substances…including other pesticides…might have on cancer incidence. In short, these types of studies can identify a correlation, but they don’t establish a direct link or causality.

toxicology in assessing risks. A hazard is anything that can cause harm, whereas risk is the potential for a hazard to cause harm. A hazard will not pose any risk to you unless you are exposed to enough of that hazard to cause harm. The relationship between risk and hazard can be simplified as: RISK = HAZARD x EXPOSURE. The assessment cannot be made solely by asking the question, is the substance a carcinogen?

As more research is done, it’s a certainty that many more substances…some of which we are commonly exposed to in everyday life…will be identified as carcinogens. The recent inclusion of bacon and other processed meats on IARC’s Group I list for known human carcinogens is evidence of this. When considering these types of determinations, it’s critical to remember that the amount and duration of exposure must also be considered, not just the fact that the chemical made it “on the list”. Perhaps the best advice regarding this fact can be found on the website of the American Cancer Society:

Even if a substance or exposure is known or suspected to cause cancer, this does not necessarily mean that it can or should be avoided at all costs. For example, estrogen is a known carcinogen that occurs naturally in the body. Exposure to ultraviolet (UV) radiation from sunlight is also known to cause cancer, but it’s not practical (or advisable) to completely avoid the sun. (American Cancer Society website 2015).

As to the question, should we stop using glyphosate? the answer…yet again…leads us back to exposure. If exposure is low, risk will also be low. It is important to remember that glyphosate is a pesticide and its intent is to kill plants. Anyone considering to use glyphosate should read the label and abide by the personal protective equipment. Too often I see people spraying glyphosate in their yards wearing a short-sleeve shirt, shorts, and no gloves or eye protection. Pesticides containing glyphosate at a minimum will require applicators to wear a long sleeve shirt, pants, and closed toed shoes. This is the minimum. Applicators should also wear gloves and eye protection. Remember, RISK = HAZARD x EXPOSURE. We want to reduce or eliminate our exposure. I am a strong advocate for non-chemical weed control strategies, but I also like to have access to a wide assortment of tools in the toolbox and believe that herbicides have a place in the toolbox.

UCCE Master Gardeners of Tuolumne and Calaveras Counties can answer home gardening questions. Call 209-533-5912 or go to: ucanr.edu/survey/survey.cfm?surveynumber=7269 to fill out our easy-to-use problem questionnaire. Check out our website at: cecentralsierra.ucanr.edu/Master_Gardeners/ You can also find us on Facebook.