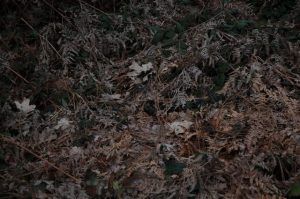 With the advent of spring, many of us begin fire-safe chores in anticipation of California’s long fire season. Fire preparedness and landscape maintenance go hand-in-hand, since fire danger can be reduced through careful plant selections, sound planting strategies and critical horticulture maintenance. These practices must meet state-mandated requirements providing 100 feet of defensible space.

The 100 feet of defensible space is broken into two zones. According to the Highway 108 FireSafe Council, the first zone (‘Lean, Clean & Green’) should contain no flammable material on or near structures, or that could become ladder fuels. This zone extends 30 feet from structures. Flammable materials could include firewood, trellises, fences, fuel tanks, debris under decks, and plant litter on roofs and under eaves. This zone, ideally, should contain low density plants or ground covers, along with decorative areas of gravel, pavers, etc. The second or ‘Reduced Fuel’ zone extends from 31 feet up to 100 feet from structures. Sufficient three-dimensional spacing of less volatile plants should be practiced in this zone.

Defensibility of your landscape in both zones includes plant selections. Plants that maintain high water content-even with little watering, produce small amounts of litter, and contain minimal levels of volatile materials-such as oils or resins-are less flammable. This is also true of plants that are low-growing or have open branches. The Fremontia (Journal of the California Native Plant Society) states that most non-natives possess highly flammable characteristics and should not be used in California landscaping.

Particularly important in zone two is the geometric spacing of plants. The separation of plants, both vertically and horizontally, creates a discontinuous pathway for fire and eliminates ladder fuels. Grouping plants of similar height and water needs on islands is also an effective way to slow fires. Spacing between trees should be no less than 10 feet. Branches should be trimmed up to six feet from the ground (on tall trees) and 10 feet from the roofs of any structures. Weeds should be removed, as they add to the fuel load and fill in spaces creating a continuous pathway for fire to travel.

Horticultural maintenance of your landscape should occur in both zones all year long. Dry, dead twigs and branches should be trimmed from plants and trees. Brush and thatch should be removed. Despite the healthy ‘green’ color of certain non-native ground covers like ivy and periwinkle (Vinca), the thatch found beneath them poses a serious fire risk unless this build-up is reduced. Leaf litter should also be raked so that it is no deeper than 3-6 inches and at least 5 feet from structures.

Some homeowners remove litter down to the bare dirt. Although this practice might appear to be a fire-safe strategy, it isn’t. Bare areas are ripe for the invasion of weeds which, ultimately, increase fuel loads and compete with landscape plants for limited water. Bare landscapes lose greater amounts of moisture. As a result, plants are more likely to become water-stressed and consequently become more flammable and prone to disease. Litter acts as mulch for the plants in your landscape. If the mulch is at least 3 inches deep, it inhibits weed growth, yet promotes the root health of plants. More importantly, mulch decreases evaporative water loss, runoff and erosion problems. Since leaves and pine needles are combustible, these should only be used as mulch in zone two or they should be replaced with compostable wood chips which do not pose a fire hazard.

For more information on fire-safe landscapes, visit the Cal FireSafe booth at the Home & Garden show in April or peruse information on the following websites: www.tuolumefiresafe.org or www.fire.ca.gov.

Kathi Joye, a 2012 graduate of the UCCE Master Gardener program, practices fire safe landscaping on her higher-elevation property, which is considered to be part of the Wildland-Urban Interface (WUI).