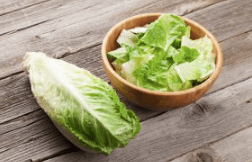 Sonora, CA — After being pulled from the shelves this past week, romaine lettuce will soon appear at local grocery stores again.

The Centers For Disease Control and Prevention reports that the recent E. coli outbreak has been traced to romaine being grown in the Central Coast region of California. The CDC says any romaine grown in other areas of the state, like Riverside and Imperial counties, the state of Florida, or Mexico, is not connected to the outbreak. The lettuce grown in those other regions is safe for consuming.

“Check bags or boxes of romaine lettuce for a label indicating where the lettuce was harvested,” the CDC reports.

If you are unclear about where the lettuce originated, the CDC recommends throwing it out. The warning covers all forms of romaine lettuce, including salad kits, romaine hearts and romaine heads.

Romaine lettuce was pulled from grocery stores across the country over the past Thanksgiving holiday weekend, and an alternative was to buy salad mixes with substitutes like kale or cabbage.

The E. coli outbreak has impacted at least 43 confirmed people in 12 states. There have been no related deaths reported.