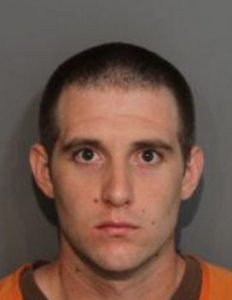 San Andreas, CA –Arrested two weeks ago for domestic assault a Calaveras County man is now in jail for second-degree murder with a $2 million bail.

Calaveras County sheriff’s officials report this evening that in addition to that charge, Jesse Almer, 26, of San Andreas faces two counts of inflicting corporal injury on a spouse or coinhabitant. The female victim was Desiree Licon, 27, of San Andreas; her name released in the arrest announcement.

Officials state that in the early hours of July 11, deputies responded to a report of an altercation on Bargers Court in San Andreas and upon their arrival found Licon unconscious. Initially treated by medics, she received treatment at an out-of-county trauma center following air transport.

After it was determined that she had sustained her injuries during a physical altercation with Almer, deputies charged him with inflicting corporal injury on spouse/cohabitant and battery with great bodily injury. However the charges were upgraded when Licon succumbed to her injuries.