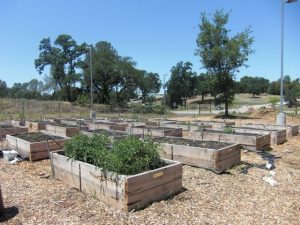 Have you tried your hand at growing heirloom tomatoes?  Their enticing names and exotic looks appeal to the adventurous gardener and some swear heirlooms taste better too.  But it helps to understand a few heirloom ins-and-outs before launching into growing this “new” vegetable.

There is no clear-cut definition of an heirloom tomato, though it’s generally agreed that it is a variety at least 50 or more years old.  Some date back to varieties brought by early settlers from their homes in the old country.  Unlike today’s hybrids, almost all heirloom tomatoes are open-pollinated.  These plants, unless pollinated by another tomato variety, will produce seeds that make tomatoes just like the parent plant.

HEIRLOOM CHALLENGES:  Heirloom tomatoes tend to ripen more slowly so if you live at a higher elevation, select varieties with a shorter season.  Many heirlooms also bear less than do modern hybrids, though a few varieties are the exception.  And most heirloom tomatoes need good support as they are large, indeterminate plants that continue growing until frost.

The greatest heirloom challenge is a greater susceptibility to disease.  Their modern F1 hybrid cousins are more predictable since they are bred for desirable characteristics like flavor, size, and disease resistance.  This is accomplished by crossing two or more varieties with desirable traits, but it’s unlikely the seeds from an F1 hybrid will produce plants like its parents.  F1 hybrid seeds are more expensive due to the additional costs of controlling cross pollination.  Such hybrids are sometimes trademarked or patented, and the retailer must then pay a royalty to sell or grow the seed.

WHAT TO DO:  Basic planting rules are the same for both hybrid and heirloom tomatoes.  A sunny site is essential along with well-drained soil.  To reduce disease, avoid planting in the same spot you’ve recently grown tomatoes or their relatives–potatoes, peppers, and eggplant.  Set tomato plants deeply with soil right up to the bottom leaves; this encourages the growth of additional roots along the stems.  Water carefully to prevent splashing soil onto the leaves, or better yet, drip irrigate the plants.

If still troubled with diseases, try planting in large pots or barrels with clean, bagged soil from the garden center.  Another recent development is grafted plants.  These tomato plants, available mail-order or occasionally in nurseries, are created by attaching the top part of one plant on to a different, more vigorous disease-resistant rootstock.

Once you find an heirloom tomato you like, you may want to grow more like it.  You can collect heirloom seeds from home-grown or farmers’ market tomatoes.  Choose fully-ripe fruits from plants growing some distance from other varieties; this will prevent accidental cross-pollination. Scrape the seeds out of a few healthy fruits, rinse, and spread on clean toweling until thoroughly dried.  Store the seeds in an air-tight container and in a cool, dark place.

The hardest part of heirloom growing is deciding which varieties to try—solid or striped; cherry, intermediate or beefsteak-sized; red, yellow, green or “black”?  The choice is yours.

Vera Strader currently grows the heirloom ‘Japanese Trifele’ (despite its name, said to originate in Russia) and ‘Chocolate Cherry’ tomatoes in her Sonora garden. She is a University of California Cooperative Extension Master Gardener of Tuolumne County.