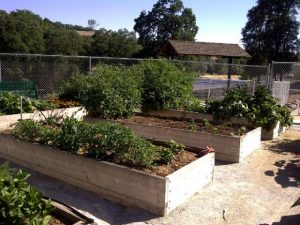 Tomato history is long and filled with negativity. History has it that the tomato started in Central America as a two-chambered wild tomato.  The wild plant was developed by the Mayans, the Aztecs, and farmers in Central America.  They grew the wild variety into the larger, uneven, multi-lobed tomato that we now know.  In the 1520’s the Spanish brought back tomatoes to the Spanish empire and Asia. Either the Spanish or the British brought the tomato to the southern states with the Carolinas growing them in the middle of the eighteenth century.

In the nineteenth century tomatoes were spread across America.  That does not mean people were eating them.  On the contrary, tomatoes were considered poisonous and disgusting. These opinions were probably based on how all vegetables were prepared -by washing them in polluted water. Finally, in 1834, the health benefits and acquired tastes became favorable for tomatoes.  Tomato seeds were being sold in seed catalogs throughout the country. Seed companies started developing new varieties to even out the sales by using earlier-ripening varieties.  That created a full season of sales.

Tomatoes today come in all sizes and colors.  The sizes available today go from the size of a pea to the size of a three-pound grapefruit. Cherry tomatoes – the smallest size – are perfect for salads, omelets, kebobs, and snacking.  Medium size round tomatoes will make canning easier.  Oblong, meaty tomatoes with less moisture are perfect for sauces, paste, or salsa.  Large tomatoes, referred to as slicing tomatoes, are delicious on hamburgers.

Colors today include: red, pink, black, purple, orange, yellow, green, yellow white, swirls, and stripes.  When sliced, the inside of the tomato could take another color completely.

When deciding which tomato to grow, it helps to decipher the tag.  There are two ways that tomatoes grow: determinate and indeterminate.  Determinate tomatoes grow to a particular height then stop, putting out a majority of the fruit all at once.  Indeterminate continues to grow and will produce tomatoes along the branches throughout the growing season.

On the tag you will notice capital letters after the tomato variety name.  Those letters will designate the tomato’s resistance to a particular disease. Look for these letters on the tag:

Many tomatoes will carry the VFN designation unless they are heirlooms. Heirlooms are tomatoes that are at least 50 years old and not a hybrid.  A hybrid tomato has been grown by crossing varieties to improve traits, making them stronger, more disease resistant and better producers.

The most popular cherry tomato is, hands down, a variety called Sun Gold. Sun Gold is called the sweetest tomato available now.  The Early-Red is Early Girl with a time element of 54 days.  Main-Crop Red has medium to large fruit. Top of the list are Celebrity, Fantastic, Better Boy, and Ace.  Extra-Large Red seems to have the same two names pop up frequently, Beefsteak and Beefmaster.

The flavor of home-grown tomatoes makes the effort to plant and grow them seems easy. Summer for many people just does not start until that first hamburger with a slab of tomato right out of the garden.