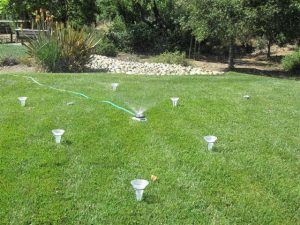 As of July, 2016, California’s population was over 39 million. That is more than the total population of Canada and also more than the total population of Australia. And the population increases each year. Unfortunately, water is scarce and there is hardly enough to go around for such an enormous number of consumers. California is topologically largely a desert. In order to meet the demand, numerous water projects have been built since the Great Depression to serve the increasing numbers of people flowing into the state. Most of the rainfall in California takes place in the northern and eastern parts of the state, yet most of the population resides in the western and southern areas. Massive water-diversion projects and dams have seriously altered the natural landscape of the state in order to serve the population centers of the state.

Another challenge for California is the variable weather pattern from year to year. As we have all witnessed in the Mother Lode, a five-year drought has killed off millions of trees and dried up wells and ground water supplies. Thanks to this past unusually wet winter, Governor Brown – as of April 7, 2017 – has lifted the emergency restrictions for all California counties except Fresno, Kings, Tulare and Tuolumne. So, we are still in a drought-stricken area.

Although the Tuolumne Utilities District (TUD) has eased up on water restrictions,  conservation  obviously needs to become a way of life in this county. The state is offering a toilet and showerhead rebate program. Toilets account for the majority of water used inside a house. The other massive use of water is on outdoor landscapes. Applications with receipts dated as of January 1, 2017 are eligible for the rebates for swapping out toilets and showerheads. This program is anticipated to run through November 30, 2018, but is dependent on funding.

The State of California is also offering turf replacement rebates. Rebates up to $2 per square foot for lawn replacement to water-efficient landscaping can be applied for up to $2,000 per household. For more information on rebates, go to www.saveourwaterrebates.com.

Although we all need to conserve water and put the brakes on watering lawns and gardens, we should not stop watering the trees. The pine and cedar trees on my property didn’t die during the long drought because they benefited from the watering of my garden. Planting drought-resistant, mostly native plants also helped. For a list of plants native to the Mother Lode, go to The California Native Plant Society web site:  www.cnps.org/. Here you will find handy lists of trees, shrubs, sun, and shade plants native to California, as well a lists of annuals and perennials. Another helpful site is the UC Davis All-Stars, UC Davis Arboretum: Arboretum All-Stars, which has a list of 100 plants that are Master Gardener approved for growing throughout California.

Our most precious resource is water. We have been remiss as a population by wasting vast amounts of this life-giving resource over the years. Now that we have lived through a historic, deadly drought, we need to reassess our relationship to the dwindling supply of water. Hopefully we have learned our lesson and can still have beautiful gardens, but with water-wise plants.