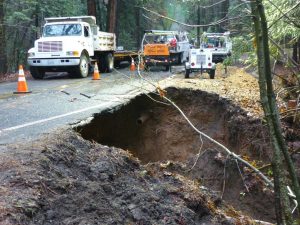 Sacramento, CA — Governor Jerry Brown has issued a state of emergency declaration for 50 counties due to flooding and other storm related damage, including in Tuolumne and Calaveras.

It opens the door for local jurisdictions to receive state and potentially federal funding to help with repair costs. The declaration notes that officials are still assessing the full scope of the damage caused by the storms but preliminary estimates are totaling “tens of millions of dollars.” The declaration is in response to flooding, mudslides, erosion, debris flow and damage to roads and highways.

The declaration specifically directs Caltrans to request immediate assistance through the Federal Highway Administration’s Emergency Relief Program, and directs the Office of Emergency Services to provide assistance to local governments.

The declaration covers damage that has occurred beginning on January 3, 2017.