Suspicious Vehicle Turns Out To Be Stolen 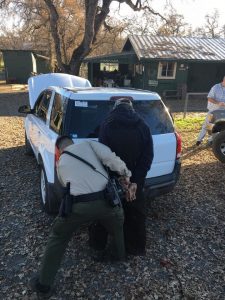 The incident happened around 2 p.m. Thursday, when investigators found a suspicious person in a SUV near the area of south Airport Road at Horseshoe Bend Road.  Inside the vehicle was 47-year-old Donald Allen Nute. A records check confirmed that the vehicle was stolen out of Oklahoma.

Nute was taken into custody. While on the way to the Tuolumne County Jail, Nute admitted to having methamphetamine hidden on him. Once at the jail the drugs were found. Nute faces charges of possession of stolen vehicle and a controlled substance.