Spiders and Snakes and Bats – Oh, My! 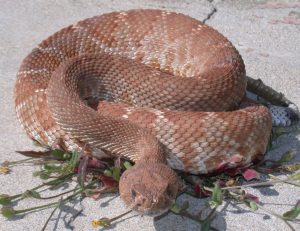 Some of the most iconic Halloween symbols that can make one’s blood run cold are spiders, snakes and bats. Though often misunderstood in folklore and myth, many of the creatures associated with Halloween actually do a great deal of good in the garden.

Spiders are among the most numerous of household pests. Couple that with the fact that one of the most common phobias is arachnophobia (fear of spiders), it’s no wonder that most homeowners tend to employ the handiest DIY method of pest control like a nearby broom when they encounter one.

But there are many reasons to encourage spiders in the garden – within reason. All spiders are voracious predators; rather than eating plants, they feast on other living animals which in turn feed on plants and flowers. Earwigs, flies and even slugs are tasty treats to the average backyard spider. Unfortunately, so are beneficial insects like honeybees, butterflies and praying mantids busy trying to pollinate or keep your aphid population in check.

Using mulch, planting tall plants and leaving a few crates or empty pots around will encourage web building and nests. Just be careful not to overdo it as spiders will rapidly colonize in a hospitable environment and do away with all bugs, both good and bad. Be advised that spiders are notoriously slow breeders so don’t count on them to solve a seemingly overnight explosion of a garden pest; seek other bio-friendly methods such as handpicking and organic sprays.

Most snakes in the United States are nonpoisonous. They are also very clean animals and carry few diseases transmittable to humans. Though rattlesnakes should obviously be avoided by you and pets, far more people in this country have lost fingers or become seriously ill from cat bites than the defensive bite of a rattler.

Our local King and rat snakes are great rodent hunters and the Kings also feed on young rattlesnakes. Though we tend to thank our domesticated cats for this effort, snakes do far more in keeping the rodent population under control than Fluffy.

Like humans, bats are mammals. Despite the old adage “blind as a bat,” they have excellent eyesight. Most species tend to form large colonies in caves, tree snags, in the eaves of barns and buildings, and under roof tiles or bridges. Females generally give birth to only one or two babies each year. When disturbed they will instinctively flee their roost, sometimes abandoning their offspring in their desperation to escape. Active at night and resting during the day, bats use echolocation – a kind of built-in sonar – to hunt after dark. A bat feasting on mosquitoes, moths, beetles and other flying insects will eat about half its body weight in a single night. A typical colony of 100 bats feeding in an area for six months can consume more than 2,200 pounds of insects or a whopping 600 million bugs!

It’s important to remember that despite their folkloric link to vampires, there are only three species of bats that actually consume blood and all are located in Latin America. Another persistent myth is that bats spread rabies. All mammals can contract rabies but the number of bats affected in the U.S. is less than one half of one percent, all of which means one is more likely to come down with leprosy or the plague than get rabies from a bat. Loss of habitat to development, human disturbance of colonies, overuse of pesticides and deliberate eradication attempts have dramatically reduced bat populations in recent years. Rather than being fearful of these insect-eating dynamos, encourage their colonization by providing wooden nesting boxes or simply leaving them alone.