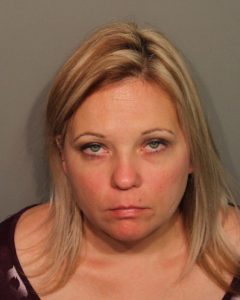 Angels Camp, CA — A Nevada resident was arrested for causing a serious injury after fights this weekend in the 100 block of Selkirk Ranch Road in Angels Camp.

Late in the evening, about 10:40PM a report of a woman slapping another woman in the face brought Angels Camp Police Officers to the area. The officers talked to both women separately, both women reported they were visiting the area and had spent the day wine tasting. The police confirmed after an argument involving “callous words” from both sides, one did slap the other. They both agreed to stay separated and told police there would be no further problems.

Officers were called back to the area the following day after the noon hour. This time, according to the report, Stacey Silva, a 39 year old from Sparks, Nevada pushed the other woman and she fell and hit her head. The victim was reported as unconscious and was later transported to a Modesto area hospital for treatment. Silva was arrested and booked in to Calaveras County Jail for battery causing serious bodily injury.