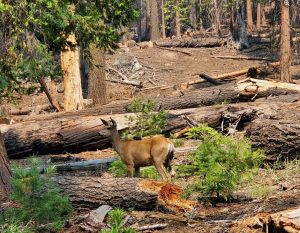 Yosemite, CA — A popular attraction in Yosemite National Park will reopen after being closed for nearly four weeks due to the Washburn Fire.

The 4,886-acre fire is 97 percent contained. It ignited on July 7 and threatened the Mariposa Grove of Giant Sequoias. Yosemite officials report that the grove will reopen at 8am on Wednesday. In addition, the shuttle running to and from the grove will be operating.

However, some areas in the grove will remain off limits. The Washburn Trail will be closed (between the Mariposa Grove Welcome Plaza and the Arrival Area). So will the western portion of the Perimeter Trail (from the Galen Clark Tree to near the Grizzly Giant Loop Trail) and the recreational trail from the Mariposa Grove toward Wawona.

Firefighters will still be in the area patrolling for any new hotspots, and recreators need to stay on marked trails.