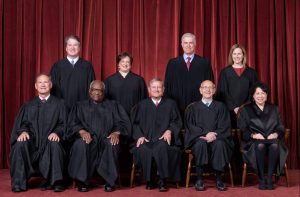 Washington, DC — The US Supreme Court has ruled that the federal Environmental Protection Agency does not have the legal authority to put in place mandates to reduce carbon emissions, unless specifically directed so by a legislative body.

Chief Justice John Roberts wrote in the majority opinion, that a “decision of such magnitude and consequence rests with Congress itself, or an agency pursuant to a clear delegation from that representative body.”

The lawsuit was filed by West Virginia and supported by 16 other states.

The ruling noted that the EPA’s actions (mandates) would be “transformational” to the economy. The concept was initially put forward by the Obama Administration as part of a “Clean Power Plan,” and it was later repealed by the Trump Administration. The Supreme Court decision prevents the Biden Administration from bringing back a similar plan.

California Governor Gavin Newsom has put out a statement in opposition to the ruling, arguing, “The Supreme Court sided with the fossil fuel industry, kneecapping the federal government’s basic ability to tackle climate change. Today’s ruling makes it even more imperative that California and other states succeed in our efforts to combat the climate crisis. While the court has once again turned back the clock, California refuses to go backward – we’re just getting started.”