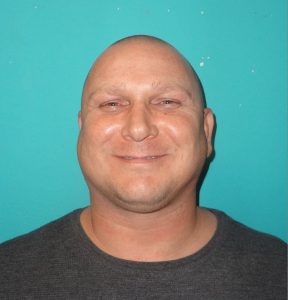 The incident happened on Tuesday around 8 a.m. on the 300 block of Barretta Street near Gold Street in Sonora. Police Chief Mark Stinson reports the two renters argued over a parking spot. He elaborates, “One person alleged that the area belonged to their rented space to be parked in and the other one disagreed with that. It was basically over who had permission to park where on rented property.”

The argument came to a boiling point when 39-year-old James Katz of Sonora allegedly picked up a large piece of wood and chucked it at his neighbor attempting to hit him with it, according to Chief Stinson. Quick on his feet, the neighbor dodged the log, but it struck a shovel he was holding shattering the handle. He was not injured. Police say then Katz jumped into his vehicle and drove away. Officers arrested Katz without incident the next day at the Sonora Grocery Outlet just before 5 p.m. and was charged with felony assault with a deadly weapon. Chief Stinson noted in regards to Katz smiling booking photo (upper left-hand image box), “This is no joke because he could theoretically have gone to state prison.” Stinson suggests when tempers get heated “walk away, and then come back when you have a calmer head to talk to somebody.”