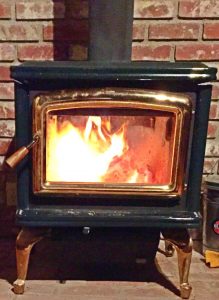 Sonora, CA – While major wood-burning states like Minnesota are making national news with their efforts to buck new Environmental Protection Agency (EPA) clean air standards for wood stoves, California largely is letting its air districts take the lead in a move that air quality officials say likely will have minimal impacts in the Mother Lode.

Last month, EPA updated its standards for the first time since 1988, when it first began regulating wood stove emissions. The new regulations apply to new stoves only. Not covered are new or existing heaters that are fueled solely by oil, gas or coal — or outdoor fireplaces, fire pits, pizza ovens or chimineas. There are no requirements to retrofit existing stoves.

California Air Resources Board (CARB) spokesperson Dave Clegern indicates that while his agency is well aware of the developing EPA standards, it has not been and does not expect to become directly involved. “The local cities and counties sometimes adopt ordinances that affect [wood stove burning]…but as far as the federal standard goes, we have not been involved.”

This is less of an issue in rural communities, like Tuolumne and Calaveras counties, according to Deputy Tuolumne County Air Pollution Control District Officer Bill Sandman, who says that Tuolumne County is already attaining the national ambient air quality standards for PM10. and PM2.5. “I can’t comment on the stance that Minnesota and [other dissenting states] are taking. I know that EPA is looking at this to improve air quality. From what I understand, there is a two-thirds reduction in emissions from the 1998 standards, so that is a significant reduction and I think it’s a good thing for air quality and public health.”

He elaborates, “When you do go to the urban areas, they are non-attainment for the different national standards for particulate matter…San Joaquin Valley, Sacramento, the Sacramento area, and so it is a whole ballgame, dealing with them and their non-attainment issues, than up here, where we are in attainment. [Rules such as] looking at visible smoke or updating wood stoves when selling your home happens in some of the larger urban air districts but it does not most likely happen in any of the rural districts.”

Although some air quality control districts offer rebate programs or funding for replacing old, non-compliant wood stoves, Sandman says the county has not offered one locally since 2013, due to a lack of available funds. He adds this note: “We’ll let the public know if we do have a rebate program in the future, put something in the paper on myMotherlode, and so forth.”