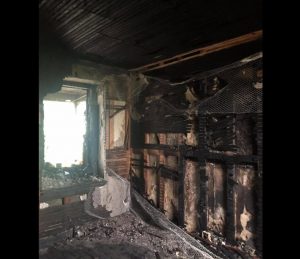 Valley Springs, CA — Officials were able to quickly knock down a fire at a home in the 300 block of Highway 12 in Valley Springs.

It was reported to fire officials at 6:39 pm on Wednesday. The Calaveras Consolidated Fire Department responded, along with CAL Fire, San Andreas Fire, and the Calaveras County Sheriff’s Department

The first responders quickly knocked down flames that were burning on the first floor of the vacant and boarded-up residence. Officials report that the cause of the fire appears to be “suspicious” and is still under investigation. No injuries were reported.