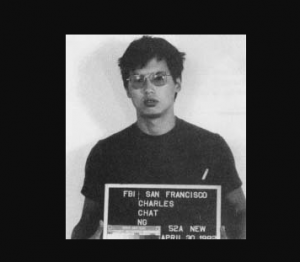 Wilseyville, CA — Charles Ng and Leonard Lake were connected to at least 11 murders in the mid-eighties and left the remains near a cabin in Wilseyville. The cabin was owned by Lake’s ex-wife, with whom he was still on good terms. It had a bunker constructed at the property, and a makeshift gravesite nearby.

45 pounds of bone fragments were collected by authorities belonging to at least 11 people.

Lake committed suicide in an interrogation room shortly after being taken into custody by authorities. Ng escaped and fled to Canada and was eventually captured there. He remains on death row at San Quentin State Prison.

Detectives determined that they would quickly murder their male and child victims, but left some of the women in the bunker, trapped, before raping and torturing them.

The Calaveras County Sheriff’s Office has a small group of deputies who regularly review and investigate unsolved “Cold Cases,” and felt that new DNA technology developed in recent years could help determine if there were more victims among the remains. The office received approval from the California Department of Corrections to remove the case remains from their current location at a cemetery in San Andreas and transport them to state officials for DNA testing. Conversations have been ongoing over the past two years between the county and state.

The sheriff’s office confirms that the remains were taken away last week following a short invocation delivered by a department chaplain.

Providing an update, the Sheriff’s Office reports, “If remains are determined to be amenable to DNA typing, the California Department of Justice will compare the DNA obtained from the remains to the DNA of participating next of kin of known victims.  The Calaveras Sheriff’s Office is attempting to locate families of missing persons who may have fallen victim to Ng and Lake. Any unmatched DNA will be submitted to the Missing Persons DNA Database for comparison and with hope of future identification.”

Concluding, “Through this project, the Calaveras County Sheriff’s Office is seeking to bring closure to the victims’ next of kin by potentially identifying their loved ones’ remains.  At the conclusion of the analysis, remains will be held as legally necessary, returned to loved ones, or re-interred.”