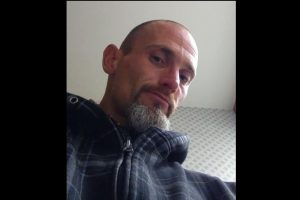 Sonora, CA – The family of a missing local man says he has not been seen or heard from in nearly three months and is seeking the public’s assistance to find him.

Take a look at the man in the photo in the image box, recognize him? Tuolumne Sheriff’s Detectives are hoping someone will and know his location. He is 38-year-old Robert Baiko of Sonora. His family and friends have not seen or heard from him since late April.

Sheriff’s investigators described Baiko as a white male adult, approximately five feet seven inches tall, 165 pounds. He has hazel eyes, short brown hair and a goatee. They add that Baiko is a transient and known to frequent Camp Hope and the Sonora Gold Lodge.

Detectives are asking that anyone with information regarding Baiko’s whereabouts call Detective Lee at the Sheriff’s Office Investigations Division (209) 694-2900.