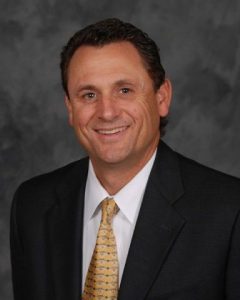 Sonora, CA — A search is underway for a new President and CEO of Sonora Regional Medical Center.

Jeff Eller has been asked to become the President of Adventist Health’s Northern California Network (NCN), which encompasses four acute care hospitals and a behavioral health hospital. Eller has served as SRMC’s President and CEO for the past five years.

The announcement of Eller’s promotion was made by Bill Wing, Senior VP of Adventist Health. “Jeff’s emphasis on growth and quality, along with his administrative experience and strong record in clinical operations, makes him an excellent fit for the position,” said Wing. “Also, his strength in team building, physician relations, and community relations will be great assets to the organization.”

Eller will replace Terry Newmyer who announced his resignation in October 2013. Eller will leave his current position as CEO of Sonora Regional Medical Center effective February 3, 2014.

Adventist Health, and the local SRMC Board, will work to find Eller’s replacement.

Eller has also successfully helped turn around the financial position of the hospital, and led the effort to acquire the former Andy’s property that will eventually house a 65,000 square ft. medical pavilion that will be anchored by a new Cancer Center.