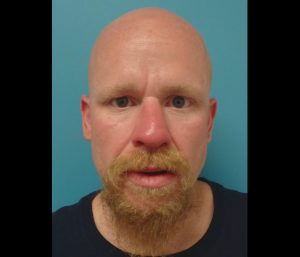 Sonora, CA — A Sonora man was arrested for stealing from the teacher’s lounge at Sonora Elementary School after being spotted acting suspiciously on the surveillance camera video.

The crime, theft of five communication radios, occurred last weekend, and the information was relayed to the police department by the maintenance manager at the school. 39-year-old Jared Todd was spotted on campus video looking into windows and checking to see if doors were open.

The PD recognized Todd from previous offenses, and he was located at a nearby park and confronted about the theft. He admitted to the crime and had the stolen equipment in his backpack.

In addition to the new felony burglary charge, Todd was already on parole for a robbery offense. The stolen property value was estimated to be $12,000. The PD reports that it is unclear how exactly Todd gained access to the teacher’s lounge.