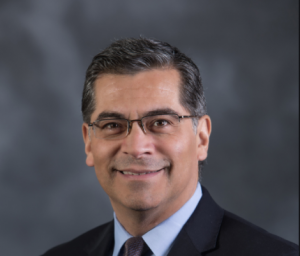 Washington, DC — By a 50-49 vote in the US Senate, California Attorney General Xavier Becerra was confirmed as President Joe Biden’s new Health and Human Services Secretary.

The $1.4-trillion agency oversees much of the administration’s COVID-19 response efforts, along with things like health insurance programs, drug safety, advanced medical research and the welfare of children.

Governor Gavin Newsom now has the task of picking a new Attorney General. He is praising Becerra’s confirmation, “Today, Xavier Becerra again makes history, and our nation takes a bold step towards a full and equitable recovery from COVID-19. Xavier’s distinguished record of public service, and lifelong commitment to the most vulnerable, reflect the best of California’s values and exactly the qualities we need in the national leaders who will shepherd us through the end of this pandemic.”

Becerra, 63, has served as the state’s Attorney General since 2017. He has been criticized by many conservatives for filing 124 lawsuits against the Trump Administration, ranging from issues like immigration to environmental policies. Senate Minority Leader Mitch McConnell argued during the confirmation process that Becerra has “too far left” of an ideology.

Governor Newsom has not indicated who he will pick as Becerra’s replacement.