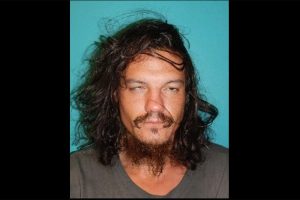 East Sonora, CA – A Soulsbyville man that got aggressive with an East Sonora grocery store employee ended up behind bars for robbery.

A call came into the Tuolumne County Sheriff’s dispatch Monday morning reporting a shoplifter. When deputies arrived at the Price Co. Foods in the Junction Shopping Center off Mono Way and Tuolumne Road, the store clerk reported that a man had been caught shoplifting. When confronted the suspect allegedly raised clenched fists and lunged at the employee in a threatening manner, causing the employee to step back, according to sheriff’s officials. He left the store just prior to deputies arriving.

Deputies were able to locate him a short distance away holding a deli sandwich and a can of Frito Bean Dip that he had allegedly taken from the store. He was identified as 30-year-old Nathan Poe and subsequently arrested without incident for robbery and placed on a $50,000 bail.