California Students Could Be Back In The Classroom By July 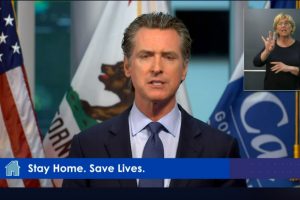 Sacramento, CA – Governor Gavin Newsom is hoping to put students back in the classroom this summer and  allow some businesses to reopen sooner than that.

Newsom outlined his plan for easing California’s stay-at-home order in his live address on Tuesday. One of those involved a plan to start the next school year much earlier. Newsom noted that districts and families have struggled to adapt to at-home learning.

The governor revealed, “We [state leaders] are considering the prospect of an even earlier school year. As early as late July or early August. We have made no decisions definitively in that space, but I just want folks to know the concern is around learning loss.”

It would not impact the current school year, but the upcoming year could start earlier.

The disclosure appeared to be a surprise to the state’s top educator who in a written released statement shared that “we all heard for the first time today the idea of schools reopening as early as July or August.“

Superintendent of Public Instruction Tony Thurmond’s reaction also included “some major questions“ he says need to be answered. Thurmond expounded, “First and foremost: Can this be done in a way that protects the health and safety of our students, teachers, and school staff?”

One possible obstacle for the governor’s early school opening is that the state also does not have the power to order districts to reopen that will be made district-by-district. However, many districts already start the school year in August.

For other sectors of the economy, Newsom says retailers and manufacturers may be some the first to reopen with modifications, including allowing curbside pickup at stores. Childcare and summer schools along with parks, trails, and other outdoor spaces may also be allowed to reopen. Newsom did not give a specific date instead he gave this timeframe.

“We believe we are weeks not months away from making meaningful modifications,” stated Newsom.