Master Gardener: Life in a Bog 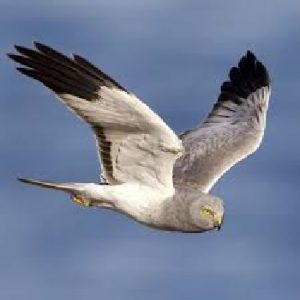 As St. Patrick’s Day approaches, my thoughts drift to the Emerald Isle and all things green. Ireland is so lush and green because of its foggy, rainy climate, and its extensive wetlands. These wetlands contain the famous bogs of Ireland. Bog soils are oxygen- and nutrient-poor, and are much more acidic than other soils. Eventually, watery bogs become choked with living and decaying plants. These slowly-decaying plants become the main components of the bog’s soggy soil, called histosol. Fungi and low-lying shrubs, such as heather, grow in histosol.

Inhospitable as these bogs may seem, they are habitat to a myriad of living flora and fauna. The plants and animals that live in and around the bogs of Ireland have evolved to thrive in this rugged environment.

The Black bog rush (Shoenus nigricans), for instance, grows in the lowland bogs of west Ireland, but mostly thrives in the mineral-rich fens of the rest of Europe. Bog cottons (Eriophorum spp.) grow in early summer and blow in the wind, giving rise to one of the prettiest sights on the wetlands.

Cross-leaved heather (Erice tetalix) has pink flowers and thrives in the wetter bogs.

undews (Drosera spp.) are the most common of the insectivorous plants of the blanket bogs and have evolved in response to the nutrient-poor conditions of the soil. The plant traps insects on its sticky pads along its leaves, then produces an enzyme that breaks down its prey into bits that it can absorb. 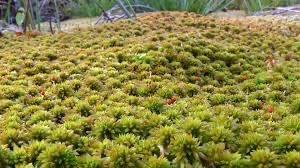 Sphagnum moss is what makes the bogs so watery. It has enormous powers of absorption. It can hold many times its weight in water. It also acidifies the water by holding onto the plant nutrients and replacing them with hydrogen ions, thus slowing down the rate of decomposition. Mummified remains of centuries-old bodies, suspected of being human sacrifices by the Druids, have been found in these bogs.

Besides the varied plant life in around the boggy wetlands of Ireland, there is a robust population of diverse animal and insect life as well. The bog spider (Dolomedes fimbriatus) dwells around boggy pools. It waits along the margins of the pools and feels for vibrations on the surface of the water. When an insect lands on the water, it darts out and devours its prey.

Numerous species of dragonflies inhabit the boglands and are a beautiful addition as they are iridescent and flit gracefully back and forth along the boggy ponds. They spend their youth as water nymphs, feeding on aquatic animals at the bottom of the pools. As adults, they hover above the pools, but they only live for a couple of months.

Otters (lutra lutra) exist all over the Irish island, but they are happiest in the pools and lakes of the blanket boglands. Ireland has the healthiest population of otters in Europe and the species is protected by law.

Other animals include birds. Snipe, curlew, skylark and kestrel nest in the boglands and young coniferous forests that surround the bogs. The Hen Harrier is a stunning bird that also nests in the branches of young conifers.

Frogs and other amphibians thrive in this rather hostile environment and add to the diversity of the fauna of the area.

The bogs of Ireland, because of the slow rate of decomposition, are rich in peat. The Irish have used this peaty fossil fuel for centuries to heat their homes. The peat bogs of Ireland yield black blocks of turf, used as heating fuel in many homes, but recently-enacted European Union regulations, as well as Irish law, ban the collection of turf from 53 peat-bog conservation areas, despite the centuries-old tradition of burning peat as a heat source.

Since boglands are neither just water nor just land, they have given rise to some of the stranger beings of Irish folklore. The Will-o’-the-Wisp, for one, is an atmospheric ghost light seen by travelers at night, especially over bogs, swamps and marshes. In its Irish incarnation, it is related to the Jack-o-Lantern.

The Dobhar-chú, or “water dog” is a creature that resembles a dog and an otter. It lives in water and has fur with protective properties. Another creature is the gruesome ballybog. It lives in peat bogs and mud holes. It communicates by grunts and slobbering.

There is nothing more Irish than the bogs and fens of the Irish Isles and they are worth discussing because of their rich flora, fauna and folklore. As St. Patrick’s Day is just a few days away, it is always refreshing to visit Ireland.