Welcome To The Round-Up

View the Roundup Parade on our Webcams: 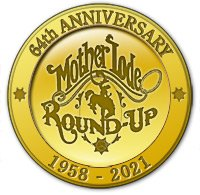 Welcome to the 63rd Annual Mother Lode Round-up. The Mother Lode Round-Up is like a hometown reunion. “Saddle up” for a week-long experience of Cowboy and Small Town tradition that winds up with the Round-Up Parade and Rodeo on Mother’s Day weekend. The Schedule below lists all the happenings.

The Tuolumne County Sheriff’s Posse is a community volunteer organization and this year marks its 66th anniversary. With an active membership of 40, plus dozens of past active, honorary, and associate members. The Posse parades in more than 10 cities throughout California to promote Tuolumne county. With its Community focus, the Posse provides a wide range of volunteer labor and time year-round. It provides scholarships for all of our county high schools, sponsors a Boy Scout troop and the Wildcat Wranglers, participates in Sober Graduation, has produced the Cancer Society’s Jail & Bail, helped the Visitor’s Bureau with the Wild West Film Festival, has provided and delivered Christmas toys for disadvantaged families, donates many, many dollars to youths and other charitable causes. And it produces the county’s biggest event… the Mother Lode Round-Up Parade and Rodeo!