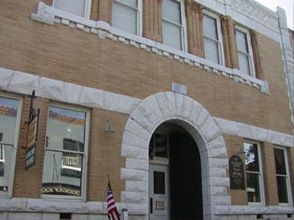 The Red Barn Museum has actual mining carts, farm wagons, and other donated objects that make up the elaborate displays about mining, logging, and ranching life in the area.

The Altaville School is a brick building erected in 1858, thus it is one of the oldest schools of California. Used as a school until 1950 it is now operated by the Calaveras County Historical Museum.

Tell us about your experience at this place! Contact Us