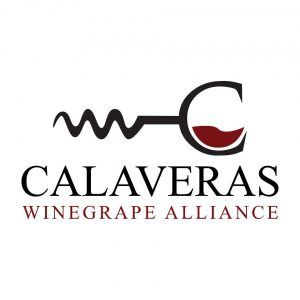 They say that, with some caveats, other local crop growers and gardeners may also potentially put it to good use at their own discretion.

Trust a retired mechanical engineer-turned winegrower while tackling irrigating his vineyard during the summer heat to question the broad notion about watering that “more is better.” As Vallecito winegrower Bert MacDonald recounts, it was about six years ago, while tending to his six-acre vineyard, that local advice he was getting to drench the vines when the weather got hot did not seem to make a whole lot of sense.

He remembers, “It seemed like I should to it before…because it evaporates and you get a lot less water [to the vines] — and it takes time for the water to get out to the leaves.”

In Search Of An Optimal Solution

The drought was just starting to hit as MacDonald’s search for related documents and data came up empty. After ruminating further with winegrower Nanette Tanner, who had been working with the Calaveras Winegrape Alliance (CWA) and also taking a grant-writing class, it was decided the topic might be worth exploring and they submitted for some USDA funding.

Four years and three grants totaling somewhere near $300,000 later, MacDonald says the CWA research project, which involved the cooperation of eight other test vineyard winegrowers, resulted in the development and testing of an irrigation model for the sensitive foothills area above the 1,000 foot elevation that works well for grapevines – and might also be readily adaptable for other plantings. “I was just amazed that someone had not done [the research] before, but I could not find any data on it…and I think it is why they gave us the three grants,” he maintains, still a bit incredulous.

The Mother Lode’s foothill climate is a more sensitive one because it has less vapor pressure. As MacDonald explains, “So, really our area overall is drier than down in the valley…and there is more of a benefit [to have a local watering model].”

Simple to use, the tool is available online through the CWA website. For those who irrigate, there is some math to do in order to make some baseline determinations pertaining to an average number of watering days and flow rates per gallon. The site allows users to enter, track and make adjustments to their information.

For those who simply water their plants, all you do is follow a simple posted direction that may change daily to either water — or not. That decision is based on local weather data gatherings analyzed through the web interface using the model, which calls for watering ahead of temperature spikes in the local forecasts.

“All leaves work the same… little stomata valves [in them] open at some temperature and close up at a high temperature. You can keep them open longer by having the water [vapor] there…it is actually a cooling process, and so, the stomata stay open longer,” MacDonald explains. “For grapes it is about 95 degrees [Fahrenheit] when they close. So growth…the photosynthesis period is longer when the stomata are open — so they grow better.”

MacDonald confirms that in about three-quarters of the cases where the watering model was tested in local vineyard locations, the growers successfully optimized their use of water and the vines grew better. The model did not work in microclimates where regular irrigation over some continuous period was not necessary or in soils with a lot of underground moisture, often related to soils that lack good drainage.

“I have been using the model to irrigate my vineyard since 2014,” shares Murphys-area vineyard owner Larry Cornish, who was one of the field trial participants. “Every year I have maintained 38 percent water savings, and the quality of my grapes has continued to improve.” MacDonald says Cornish’s results reflect optimal results that came from the studies. He adds with a chuckle, “The saying in this industry is that if you have 80 percent [of a success rate] you have a good thing going and actually we had about a 75 percent success rate on the vineyards that we did.”

Among the project’s grant money expenditures were weather stations and lab equipment that CWA members can now use. Some of it is used to gauge stress levels on leaves and conductance of water through the leaf stomata. Along with crop testing, as Cornish indicates, the winegrowers compared how their watering method impacted wine quality over the seasons, finding no negative correlations.

Get more details on the tool and directions for using it by clicking here.