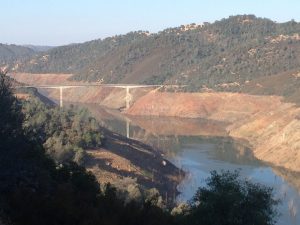 California cannot manufacture water, so while the state grows and warms, our water dwindles.

Proposed solutions to California’s water shortfall include multi-billion dollar water bonds and building giant $67 billion tunnels to transport water from the Delta to Southern California. Are such expenditures worth the money when there are a multitude of other strategies to cut water usage?

RECYCLE MUNICIPAL WASTEWATER. Southern California has forged ahead with reclamation of treated sewage effluent, but other parts of the state lag behind. Orange County replenishes its aquifers with reclaimed water, and many others, including the Tuolumne Utilities District, irrigate agricultural areas with wastewater.

SHORE UP INFASTRUCTURE. California’s aging water infrastructure tops the nation with needs for $44.5 billion in fixes over the next two decades, according to an EPA survey. The greatest need is for repairing and upgrading water transmission and distribution lines. Many of these ageing systems were installed in the late 19th and early 20th century. UCLA’s July massive water break and subsequent flooding is but one example of aging pipe failure. Another $30 billion could go toward wastewater infrastructure.

All together, a combination of the preceding strategies could eliminate the need to export water from the Delta according to a Sierra Club of California December, 2013 white paper.

THIN FORESTS. Another water-saving line of attack comes from the University of California. A recent analysis (detailed at http://ucanr.edu/sites/cff/files/146199.pdf) determined that in open forest areas there is greater snow accumulation and slower snow melt than in densely forested areas. The authors propose that significant reduction of forest cover could increase water yields by about 9%, and sustained thinning in the dense Sierra Nevada could produce up to a 16% increase. Thinning also enhances fire management along with better timing of runoff and reduced erosion.

VOTER DECISION-MAKING. California already has approximately 1400 dams curtailing the flow of most rivers and streams while disrupting natural wetlands. Transformation of water-dependent habitats, including elimination 95% of California’s original wetlands, has created countless threatened and endangered species in both the animal and plant kingdom.

Even so, politicians promote more water bonds to fund water storage (typically dams), as a bandaid for water problems. The political will to implement genuine wide-scale solutions throughout the state will require voter education and concerted demand.

UCCE Master Gardener Vera Strader of Tuolumne County worries about water supply from her home in the parched Sierra Foothills.