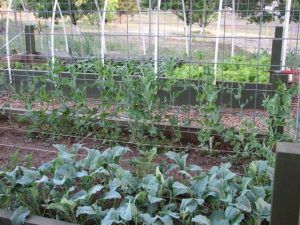 Even before the written word, humans saved seeds from the most productive plants.  The following seasons, the process was repeated again and again. With time, those crops became best suited to local conditions and even more productive.

Now, with the limited varieties marketed by large seed companies and monocropping (the growing of a single crop over hundreds, even thousands of acres), we are losing this genetic adaptability and resilience.

Webster’s Dictionary says biodiversity is “indicated by the numbers of different plants and animals” in an environment. Over the last one hundred years, the rate of loss of both plant and animal species has accelerated by many folds.

More than 90 percent of our fruit and vegetable varieties may have been lost since 1900.  Many also fear that since genetically modified crops (GMOs) promote large scale monocultures, they too contribute to the decline in biodiversity and increase long-term vulnerability of crops and wildlife to climate change, pests and diseases. Along with this loss comes poorer seed adaptation to local conditions.

Examples of monoculture calamities include the Irish potato famine, American elm die-off in the eastern United States, and even the great American dustbowl, which resulted in part from degraded soil.

Biodiversity, from below the ground to the plants and animals above, blunts effects of any one species. More microbial diversity below ground means fewer pathogens in the soil with healthier plants above ground.

When there are many plant species, there are many animal species. The decline of native milkweed plants, the only food of monarch butterfly caterpillars, has resulted in fewer monarch butterflies. Conversely, Colorado scientists found that removing a single bumblebee species cut wild larkspur pollination and resulting seed production by one-third.

Measuring biodiversity usually involves manually counting the number of species in an environment, requiring innumerable hours of scientist and volunteer time. A quicker way is to grind insects caught in traps into an “insect soup.” Using DNA, the resulting concoction is evaluated to determine the number and variety of insect species caught. This approach is a relatively inexpensive and sensitive method for determining whether the environment is improving or worsening, but is currently hampered by an incomplete insect DNA database.

Pollinator and other insect diversity can be increased by limiting and carefully targeting pesticides. The so-called “good” bugs then compete and help overcome the “bad” bugs, all the while supporting a myriad of other animal life from frogs to owls to bears.

Today there are virtually no ecosystems that haven’t been impacted by humans, and both plant and animal diversity is declining at an ever accelerating pace. Meanwhile, human population growth, sprawl and invasive species are seemingly everywhere. Fifty-percent of the world’s plants, along with the animals that depend on them, are predicted to be condemned to extinction before the end of this century.

Humans are fundamentally responsible for influencing biodiversity’s decline. Humans are also capable of fostering biodiversity. We can reduce/eliminate toxic pesticides in our homes and gardens and purchase organically grown produce. We can provide supportive habitat for pollinators and other insects. We can save seeds, rotate crops, grow heirlooms, and plant fewer exotics and more natives.

The University of California notes that oak woodlands are “the most biologically diverse broad habitat in the state.” Millions of invertebrates (creatures without backbones, largely insects) and over 300 vertebrate species use oak woodlands, including 80 mammal species and 170 different kinds of birds. Scores of these creatures are completely dependant on woodlands for food and cover. The oaks in turn rely on rodents and birds to spread their acorns.

Only by working together can we safeguard existing habitats, retain their beauty, and preserve their irreplaceable contribution to biodiversity and ultimately to our wellbeing.

Vera Strader is a UCCE Master Gardener of Tuolumne County and derives great pleasure from the wildlife that lives in and around her Sonora garden.