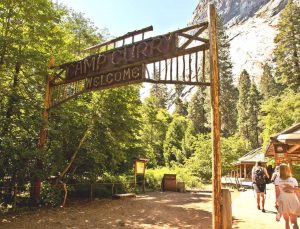 Yosemite National Park, CA – Calling it a win for the American people, Yosemite officials are ecstatic over the return of the park’s iconic landmark names.

Monday, Yosemite National Park officials shared that a three-and-a-half-year lawsuit over the historic trademarks has settled.

The plaintiffs were the park’s longtime concessionaire, DNC Parks and Resorts at Yosemite, Inc./Delaware North, against the National Park Service (NPS) and Yosemite Hospitality, LLC/Aramark, which took over the contract in March 2016. Ahead of its suit, Delaware North claimed to the NPS in its failed renewal contract that it owned the historic names and argued that it should be paid $51 million for their use should another company take over the concession contract.

Interesting, the only current name that will not completely revert to its former moniker is Yosemite Valley Lodge. As Richards explains, “People generally just call it ‘The Lodge’ and the current name is consistent with its location [in Yosemite Valley].”

Under the $12 million agreement, Delaware North will transfer to Aramark all the trademarks and service marks at issue. “The settlement concludes a lengthy lawsuit that could have continued for years, and it prevents further lawsuit related costs,” Richards states. In it, the U. S Government agreed to pay $3,840,000 to Delaware North while Aramark agreed to pay its predecessor $8,160,000.